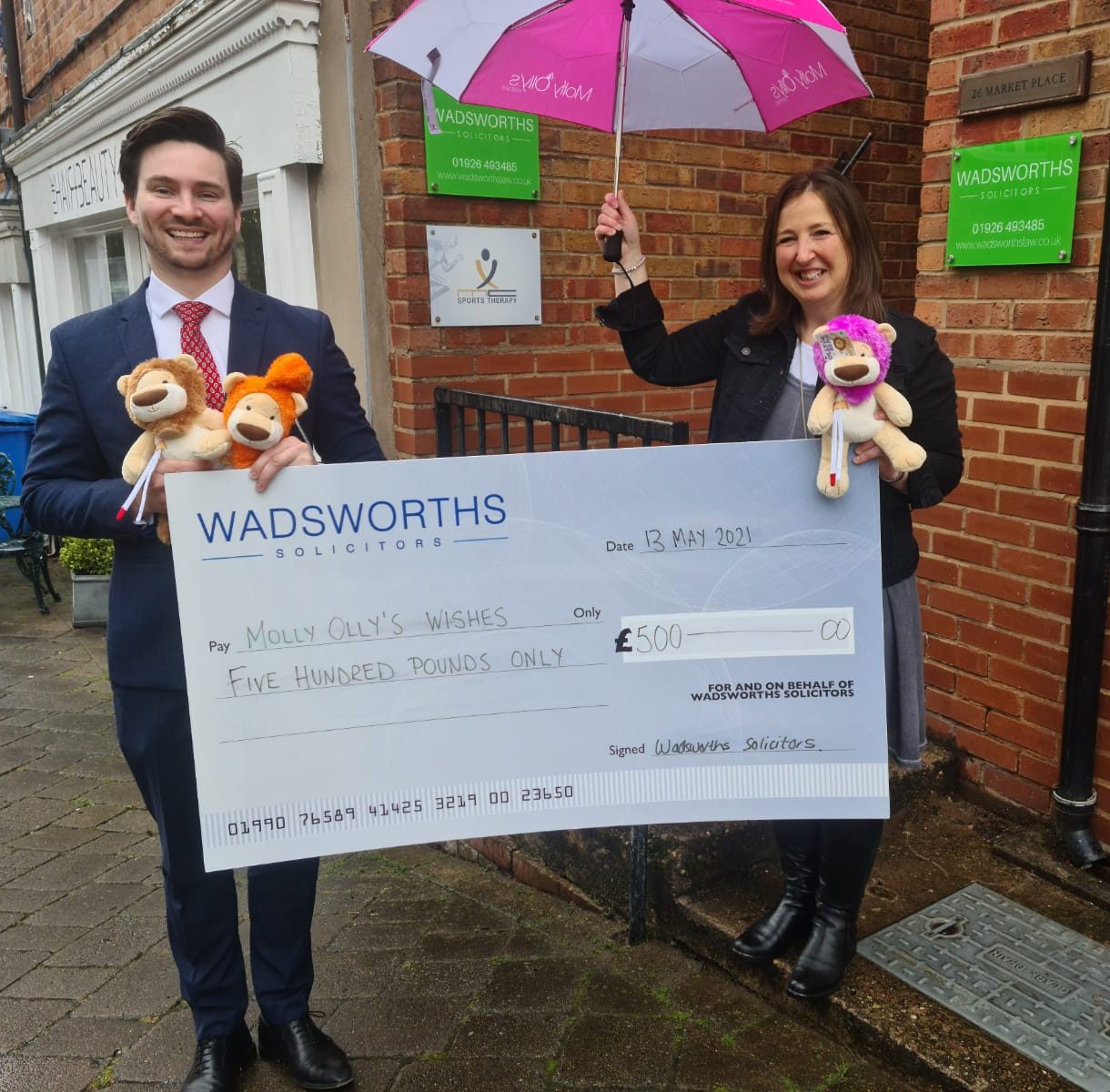 Wadsworths’ Warwick Office has donated £500 to a local charity which supports children with terminal and life-limiting illnesses.

Wadsworths presented Molly Olly’s Wishes with the donation representing a percentage of every Will they administered throughout the month of November last year.

Richard Dundee, Head of Wills and Probate at Wadsworths Solicitors, said: “We decided to support Molly’s Olly’s Wishes as they are a much valued and loved charity in the local Warwick area. We pride ourselves on taking an active part in our local community and are proud to be supporting such a fantastic local charity after what has been a difficult year for everyone.”

The Warwick-based charity was established in 2011 following the death of Rachel and Tim Ollerenshaw’s eight-year-old daughter Molly from a rare kidney cancer.

It works to support children with terminal or life-limiting illnesses and their families and help with their emotional wellbeing as well as grant wishes and donate therapeutic toys and books to both children directly and to hospitals throughout the UK.

Mascot of the charity is a therapeutic toy lion called Olly The Brave who has his own Hickman line and a detachable mane which helps to explain and normalise the effects of chemotherapy. These form part of an Olly The Brave pack that has now been handed out to more than 40 hospitals, along with a book from the charity’s exclusive Olly The Brave series.

Part of more than £2.5m raised to date, has also been used to fund the first Molly Olly consultant in paediatric medicine at Birmingham Children’s Hospital.

Rachel Ollerenshaw said: “Thank you to all the team at Wadsworths for their support from their Make a Will Week. The funds are very gratefully received and will be used to help children facing very challenging circumstances.

“We have a lot of wishes at the moment for all sorts from a walker to aid mobility, to shopping vouchers, outdoor climbing frame and iPads. For children stuck in hospital or restricted to their homes these wishes can help keep them occupied or provide support at a time when maybe mum or dad has had to stop work to be at home to care.”